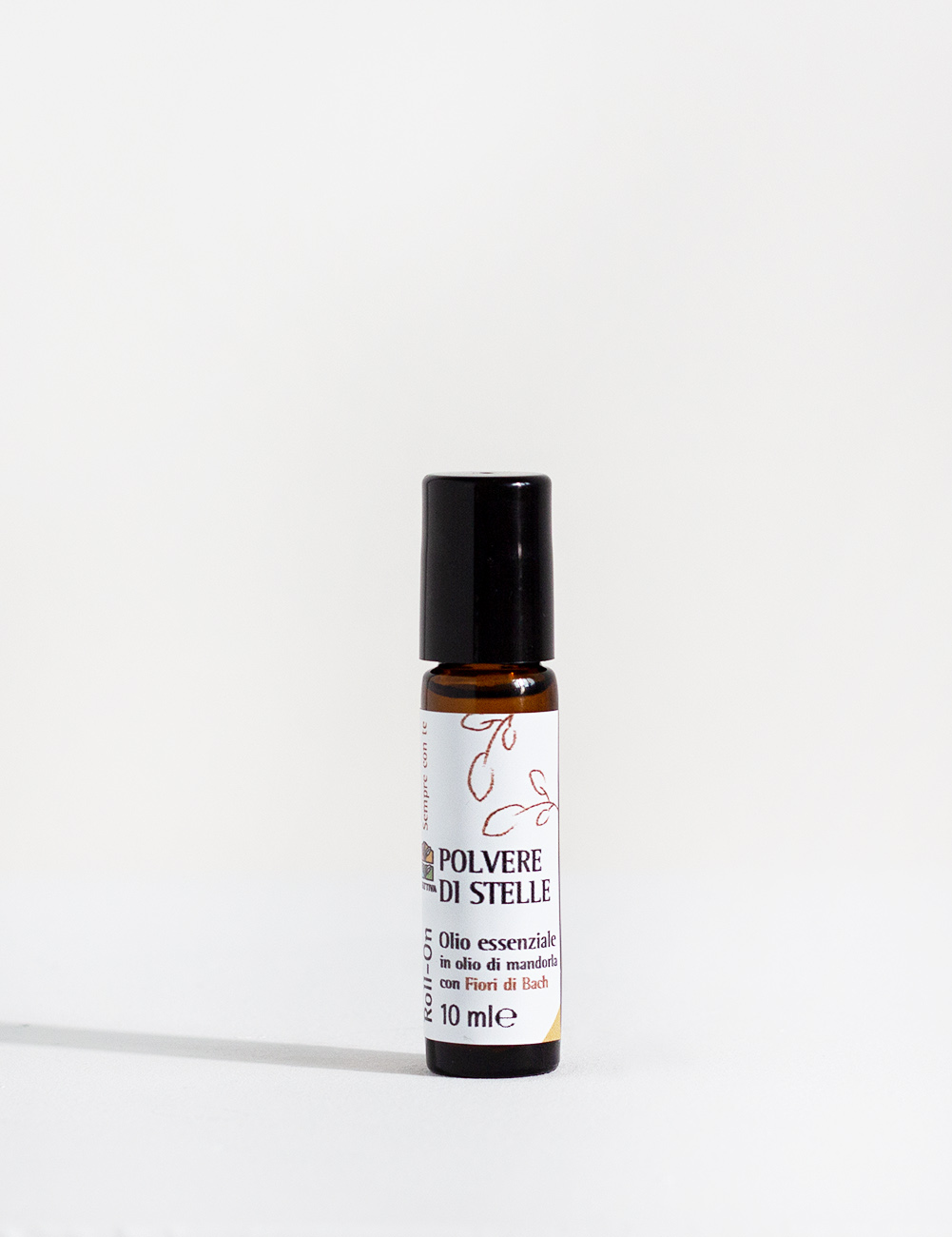 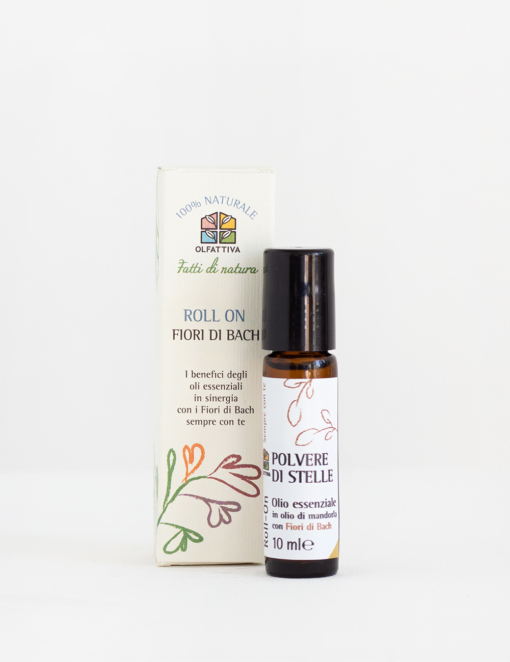 An aromatherapy product that you can carry with you at all times. A purse perfume based on essential oils and Bach Flowers.

Patchouli has an extremely rich, sweet-herbaceous, aromatic, spicy and woody-balsamic odor. It acts mainly on our psyche: it promotes emotional equilibrium, purifies the mind and enhances concentration. Through its strengthening, tonic, grounding and regenerating effects, it supports and stabilizes the nervous system, making it a good choice for soothing and comforting body and mind. It is particularly useful for dreamers, for people whose mind drift away from the present into fantasies, imagined futures, or into alternative versions of the present. Patchouli leads them back to themselves, effectively sharpening their concentration and creativity, inspiring them to take full advantage of their creative potential.

Patchouli also has an antidepressant effect, useful in case of emotional detachment disorder, and can act as an aphrodisiac: its sensual power helps in creating an amorous atmosphere.

Cinnamon: the fire elements of this spice stimulate creativity, arouse enthusiasm, awaken passion, boost sexual motivation and erectile function. It is particularly useful in case of apathy and lack of will to live. Its warm awakening eliminates traumas and emotional shocks, helps to start over and let go of the past. Its action is pure energy.

Lemon: Lemon is a top note, high and graceful, which presents at the same time the grounding and balancing effects of a base note: characterized by the tension between lightness and solidity, this citrus fruit is able to bring vitality and energy deprived of excessive stimulation, instead reinforcing the sense of identity and lucidity. It clears and refreshes a fatigued mind, haunted by thoughts and indecision, increases concentration and memory clarity. Lemon’s calming action relieves fear of emotional involvement, helps relaxing and fights insomnia.

“Those who are dreamy, drowsy, not fully awake, no great interest in life. Quiet people, not really happy in their present circumstances, living more in the future than in the present; living in hopes of happier times, when their ideals may come true. In illness some make little or no effort to get well, and in certain cases may even look forward to death, in the hope of better times; or maybe, meeting again some beloved one whom they have lost.”

Clematis remedy is for people whose mind drift away from the present into fantasies, imagined futures, or into alternative versions of the present. Often devoid of any practical sense, they dream of future success, creative endeavour and achievement but they are not adequately anchored in reality to make their dreams happen.

Clemantis helps bring us back to earth and back to ourselves so that we can act to build a better life, instead of living in daydreams.

Clematis is especially valuable for children with concentration problems and artists who want to seek inspiration, bringing out their creative potential and helping them take full advantage of it.

Rub the rollerball evenly along your skin, preferably on the warmest parts, wrists, nape, behind the ears and at the base of the neck. Up to ten applications per day (max. 2 on the lips) are recommended for adults.

“Therefore, behind every disease are our fears, anxiety, our greed, our desires and repulsive things. Let’s find them and heal them, and with them the diseases from which we suffer will disappear.”

An energetic cure to heal our emotional imbalances.

The original Bach Flower Remedies is a safe and natural method of healing discovered by Dr. Bach from 1930’s in England. It is called Flower Therapy because it uses natural essences of wild flowers that gently restore the balance between mind and body by casting out negative emotions such as anger, fear, worry, stress, anxiety, trauma, depression, adjustment issues and lack of self-esteem which interfere with the equilibrium of the being as a whole.

A truly natural cure in harmony with the laws of nature that govern the environment in which we live; a method that respects man in his totality, that acts on the psyche and on the body, on the subtler planes of the organism, rebalancing it in depth.

There are no reviews yet.

Show reviews in all languages (1)